From "Lemmy" filmmaker Wes Orshoski comes the story of the long-ignored pioneers of punk: The Damned, the first U.K. punks on wax and the first to cross the Atlantic. "THE DAMNED: Don't You Wish That We Were Dead" includes appearances from Chrissie Hynde, Mick Jones (The Clash), Lemmy and members of Pink Floyd, Black Flag, Guns 'N' Roses, the Sex Pistols, Blondie, Buzzcocks, and more. Shot around the globe over three years, the film charts the band's complex history and infighting. It captures the band as it celebrated its 35th anniversary with a world tour and found its estranged former members striking out on their own anniversary tour, while other former members battled cancer. 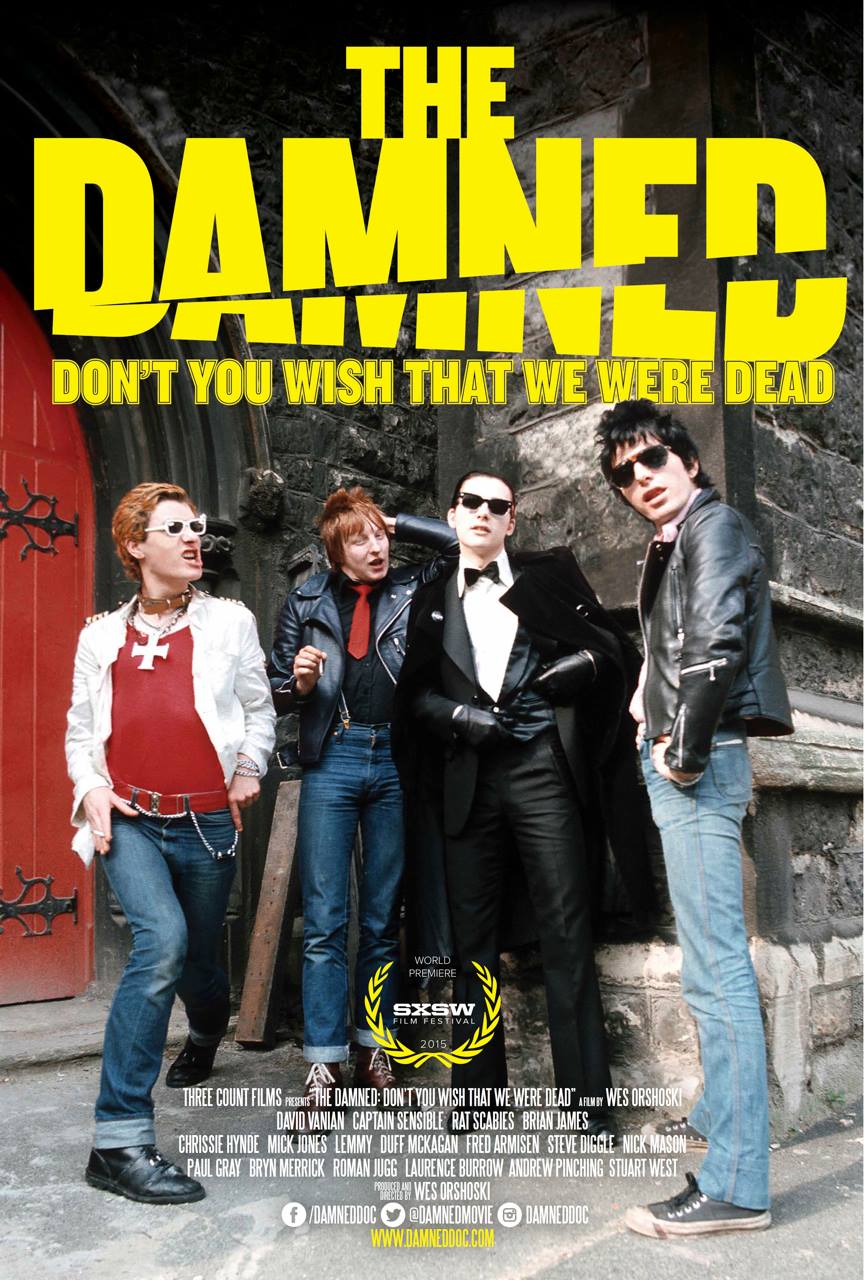